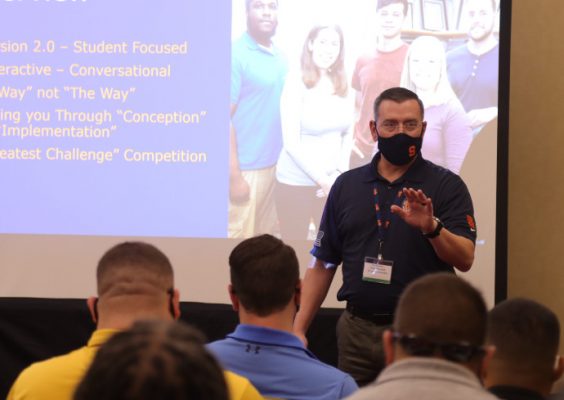 A growing number of companies in G20 countries are setting climate targets, but only a fraction of those targets are aligned with climate science that would put the world on track to 1.5 ° C warming, according to de new research carried out today by the Science Based Targets (SBTi) initiative.

SBTi, the UN-backed certification framework for companies setting emission reductions, said only 20% of companies in G20 countries have set science-based climate targets in line with the 1.5 target. ° C defined in the Paris Agreement.

More than 4,000 companies have disclosed climate targets to SBTi’s main partner, CDP, of which only 20% are science-based, he said. He found that G7 companies made more science commitments than in the G13, with a quarter of G7 targets being science-based, compared to just 6% in the G13.

The UK leads with 41% of business climate goals aligned with science, while 33% of businesses in France have disclosed science-based climate goals to CDP, he said. At the other end of the scale, some countries with the highest levels of greenhouse gas emissions – like Indonesia, Russia, and Saudi Arabia – don’t have any companies with climate targets. approved by SBTi, according to the study.

Lila Karbassi, chair of SBTi’s board of directors and head of programs at the United Nations Global Compact, said urgent climate action “must now be a top priority for those in power”, as she urged world leaders to use upcoming summits to stress the importance of science aligned climate goals.

“Last month’s IPCC report was ‘code red’ for humanity,” she said. “Science targets are proven to reduce business emissions at the rate and scale required – they are an essential part of the puzzle for governments and businesses around the world. Ahead of the G20 summit and COP26, our leaders global organizations must fully support science – targets based on an effective way to reduce emissions. “

Last month, the world’s leading climatologists at the UN’s Intergovernmental Panel on Climate Change (IPCC) warned that global warming was likely to exceed the 1.5 ° C target by 2040, which means that global emissions must be halved over the next decade to reach net zero. by 2050.

Elsewhere, the report highlights an increase in SBT adoption since the G20 summit in June, with large issuers including American Express, Heidelberg Cement and China’s Yutong Bus pledging to set targets aligned with 1.5. vs. However, the main temperature scores of the G7 index have not changed, as few high-emitting companies have advanced emissions reductions and no G7 index is aligned with 1.5 ° C, said SBTi. .

Commenting on the results, Alberto Carrillo Pineda, Managing Director and Co-Founder of SBTi, said: “Our G7 world leaders must introduce ambitious national commitments and other measures that push companies to set strong decarbonization targets while encouraging the ‘G13’ countries to follow suit. These G20 and COP26 milestones are vital opportunities for all businesses and governments to adequately respond to climate science and drive real business climate action around the world. “